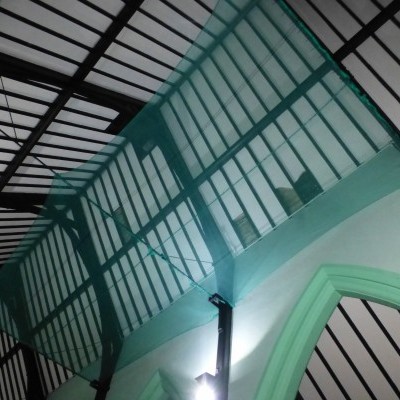 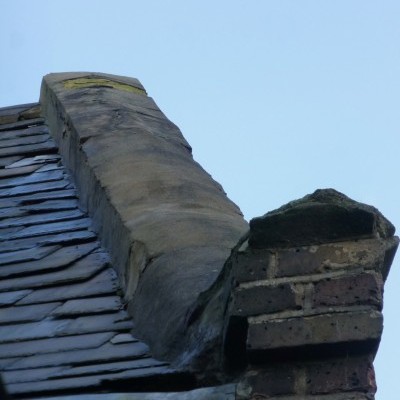 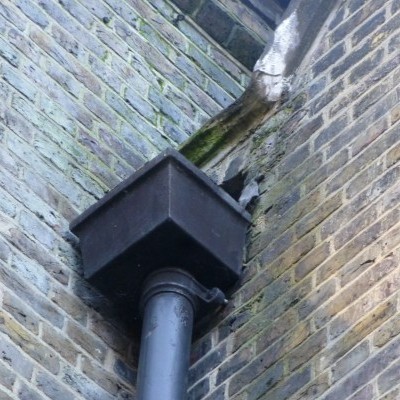 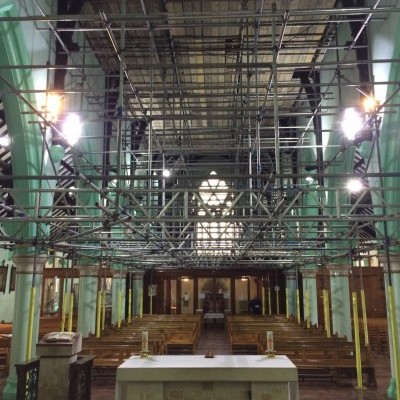 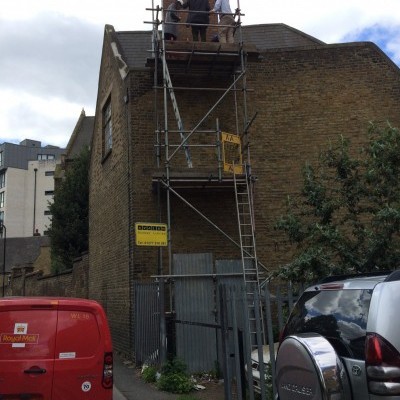 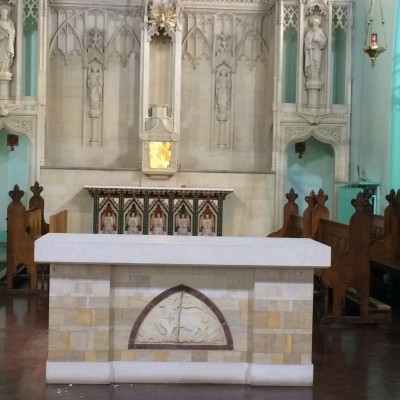 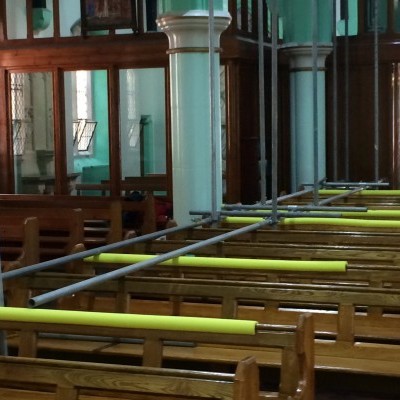 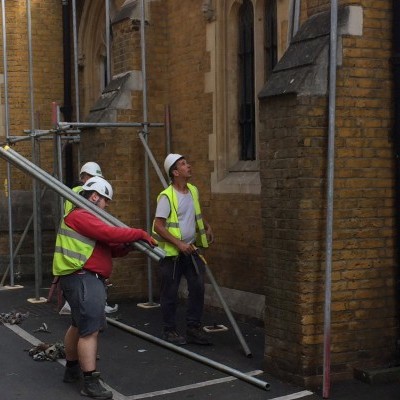 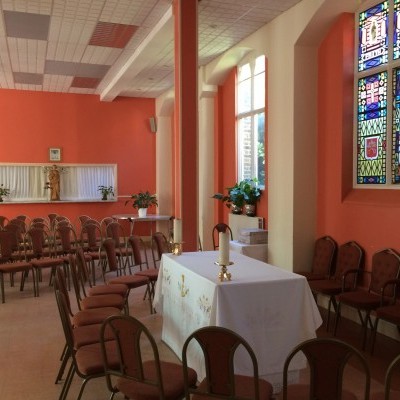 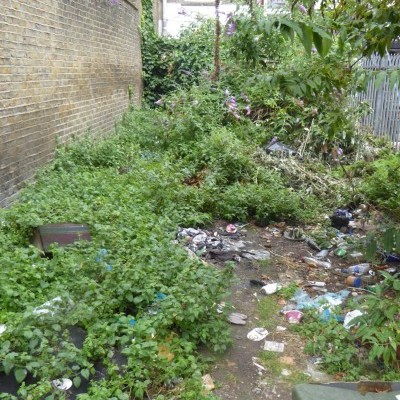 Waiting for Brookhill site to be cleared by Council, June 2017, for scaffolding on sacristy wall 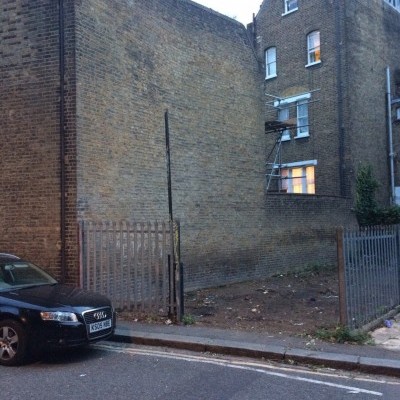 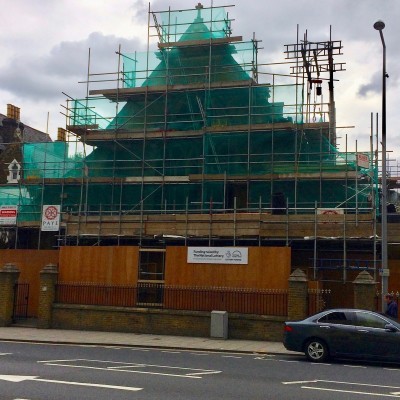 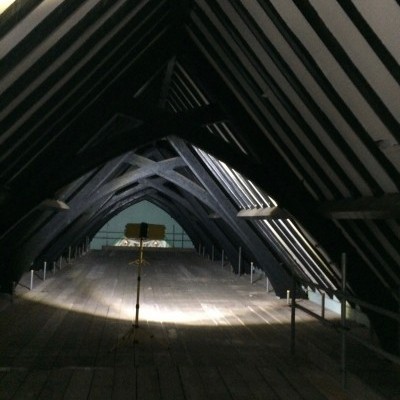 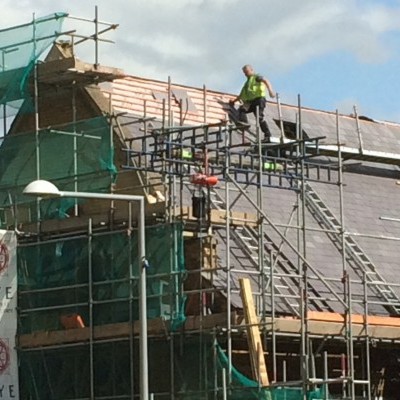 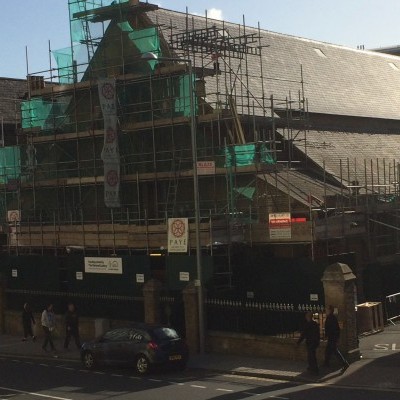 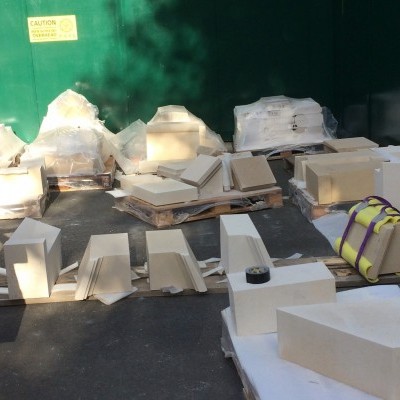 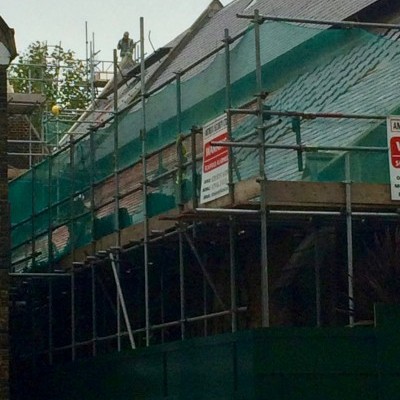 New stone being fitted by mason at east end 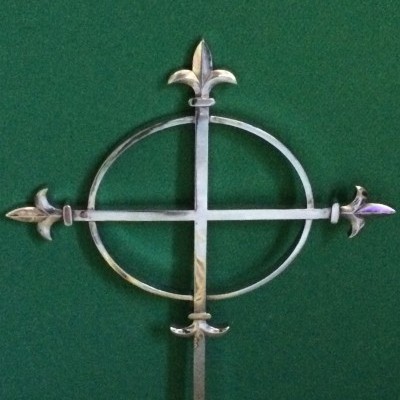 One of the new crosses delivered, Nov 2017 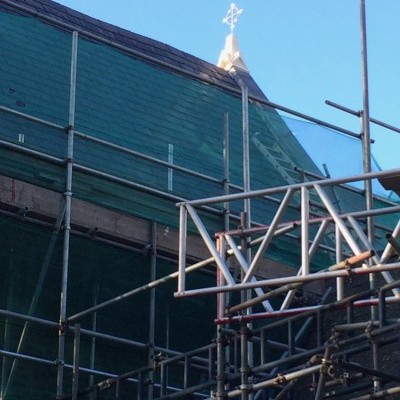 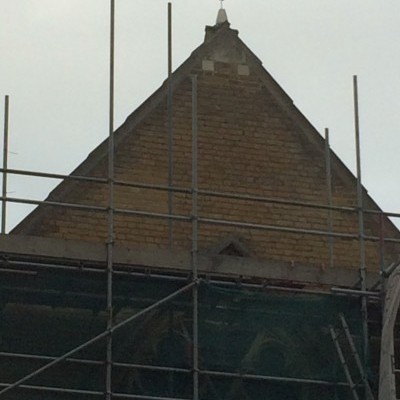 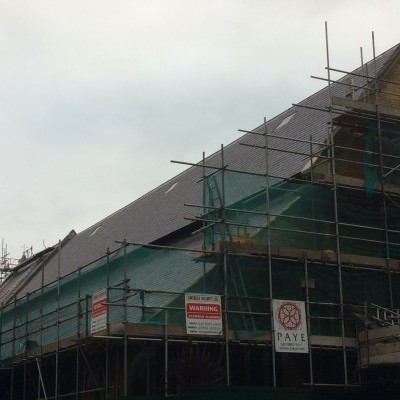 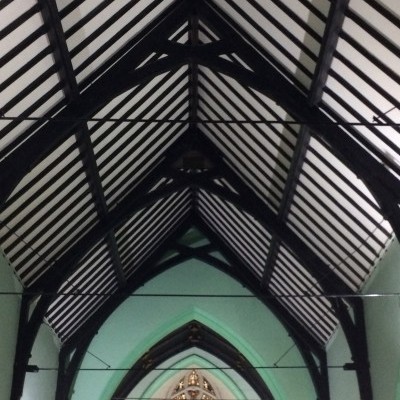 Ceiling plaster renewed and repainted, and clear of scaffolding in time for Christmas 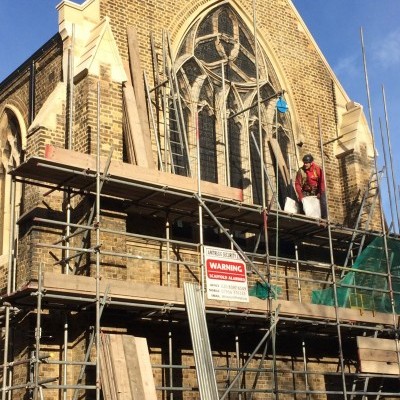 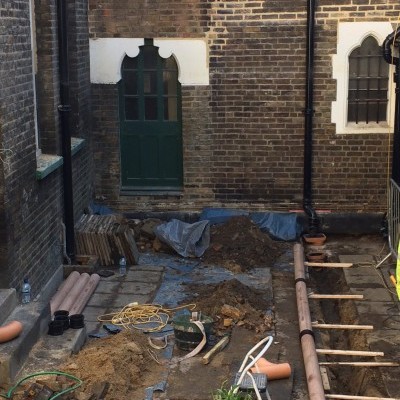 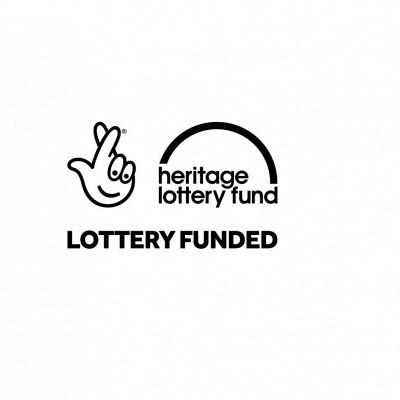 Thanks to the Heritage Lottery Fund, and to National Lottery players, for their £250,000 contribution to this £800,000 project.